Track feedback on behalf of users from within HubSpot

Written by Ramiro Olivera
Updated over a week ago

This integration allows you to capture feedback from contacts or deals in HubSpot. It's a great way to keep an eye on what prospective customers are asking for and how much potential revenue is associated!

Set up the integration

To get started, go to your HubSpot settings page and authenticate your HubSpot account. You'll be directed to HubSpot to allow access. 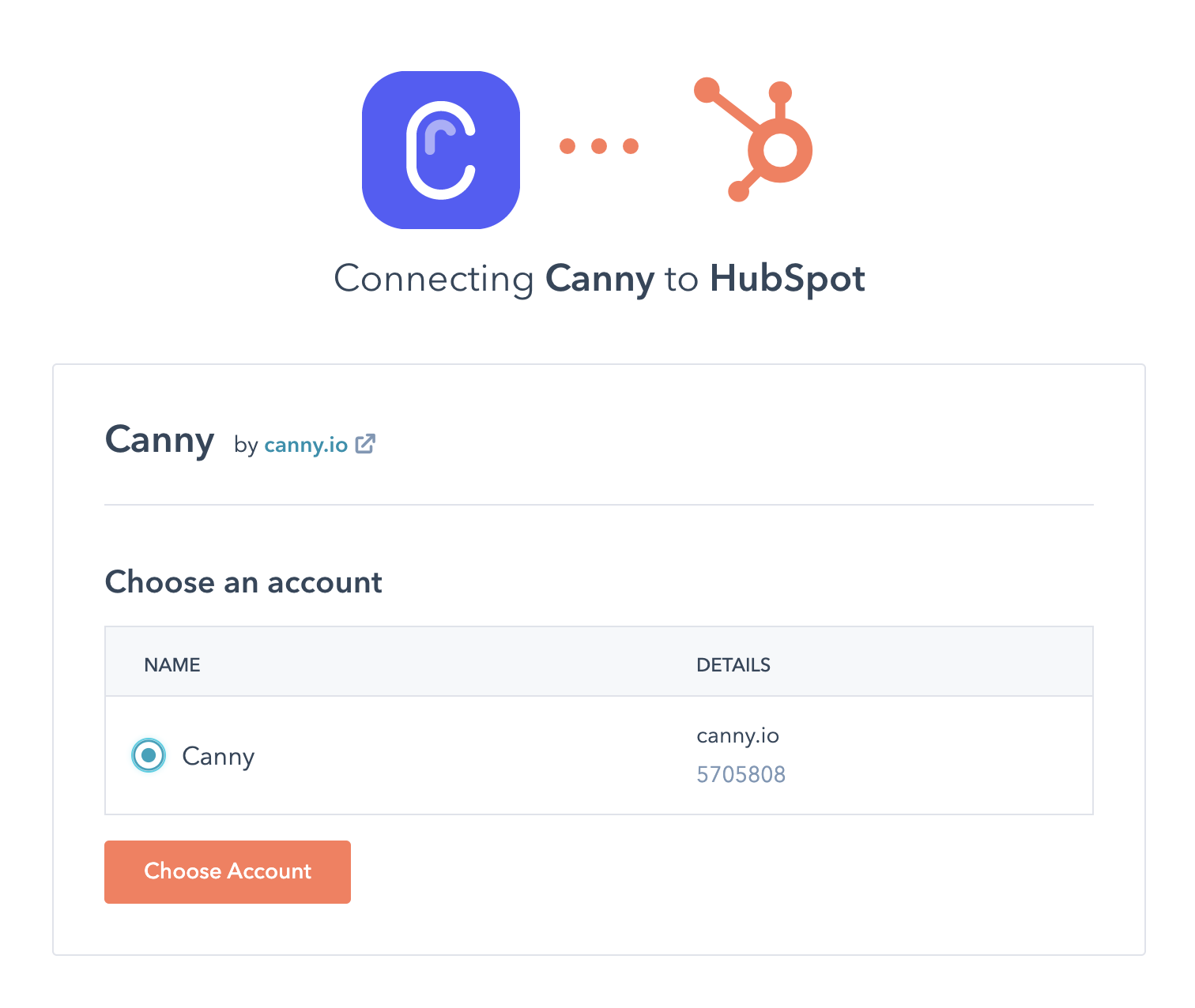 Once you're back in Canny, you'll see the options for data sync. This is the information you can send to Canny from HubSpot. This data can be used to create User Segments and will appear on user profiles: 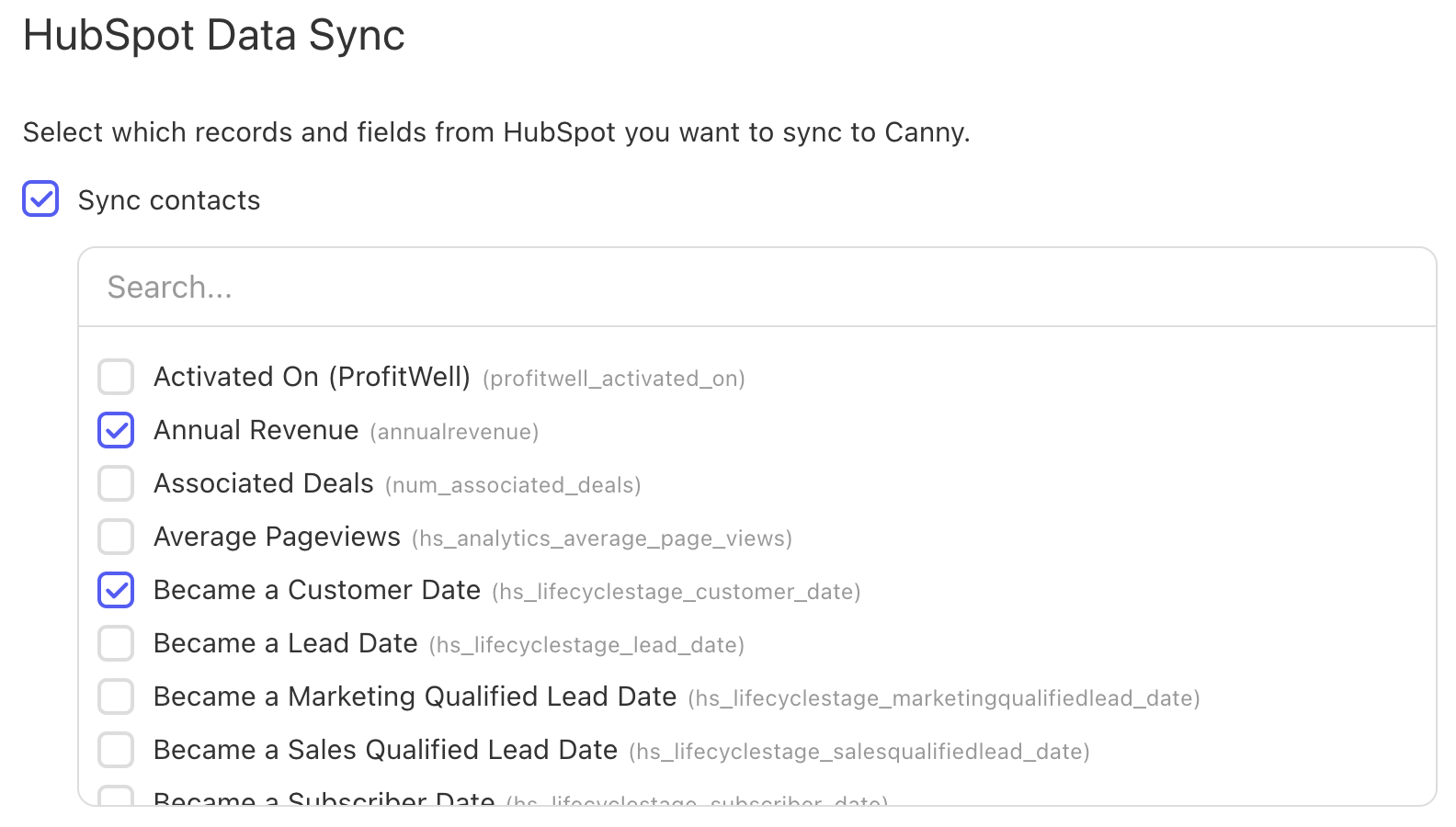 Back in HubSpot, a new Feedback widget will show up on Contacts pages and Deals pages. There, you'll be able to link HubSpot contacts and deals to Canny posts. 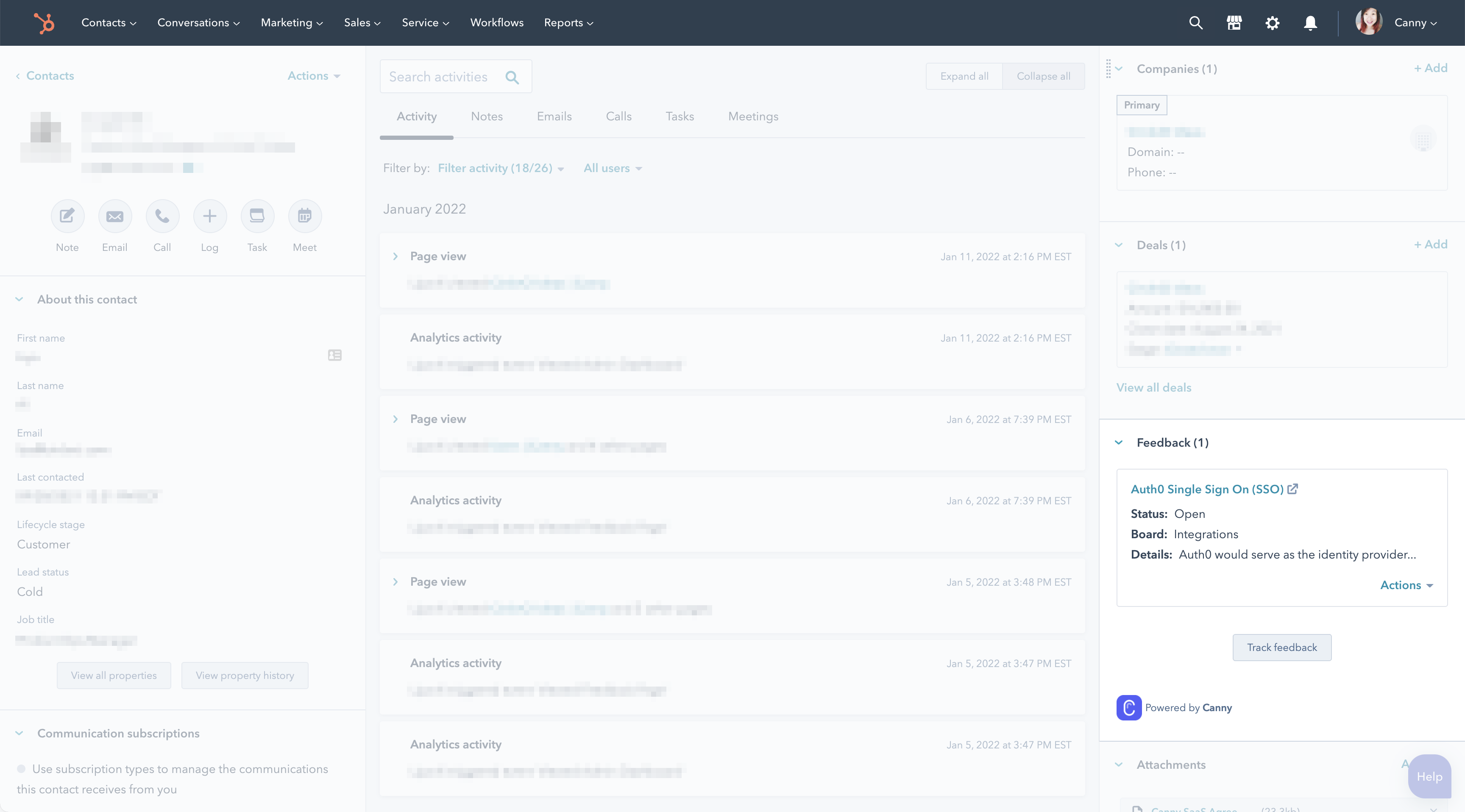 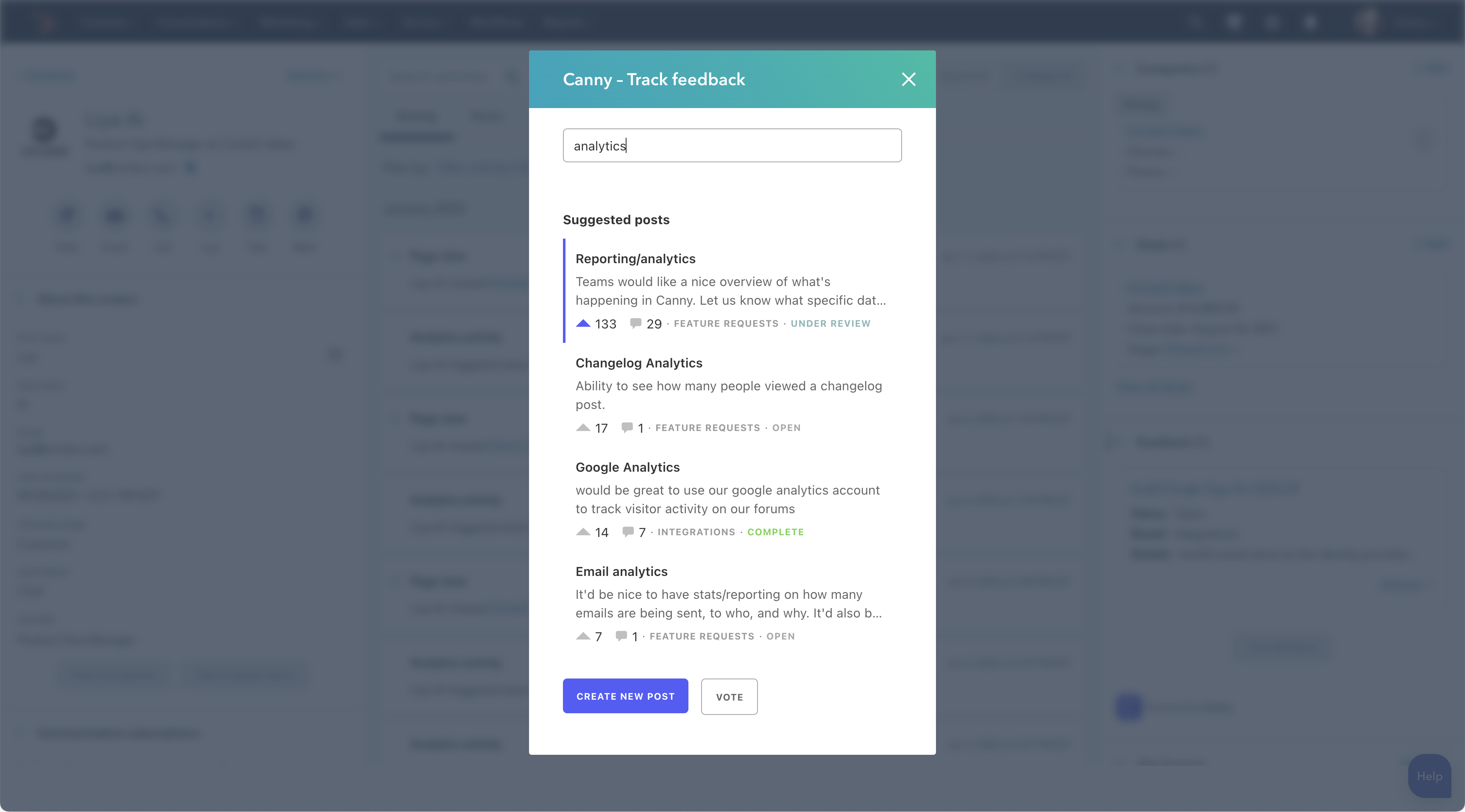 The linked posts will show up as cards in the Feedback widget in the sidebar.

That's it! You have successfully tracked feedback from within HubSpot.

Linking feedback to deals is great for keeping track of how many deals rely on certain features. Feedback is logged from the Canny integration on Deal pages. 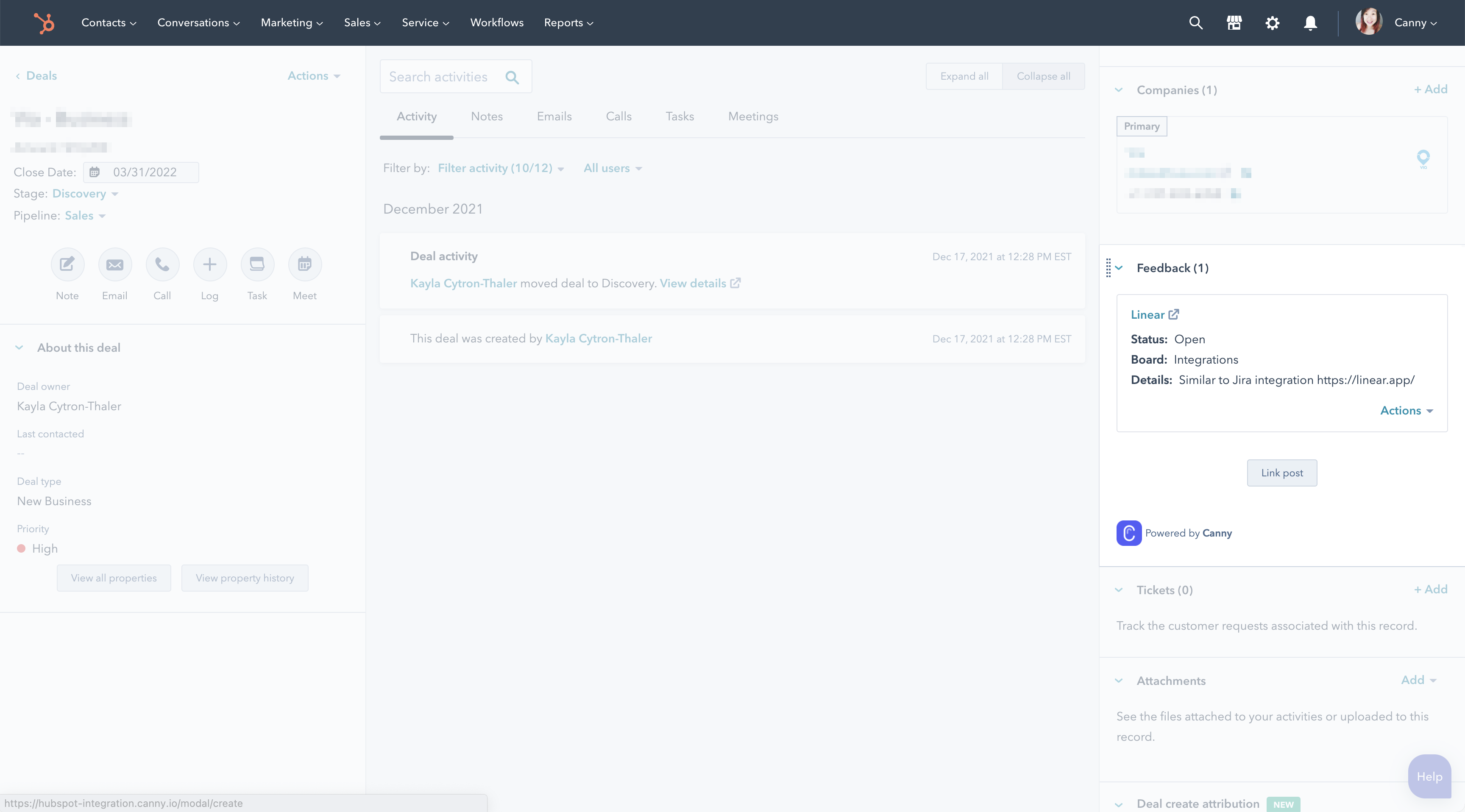 From there, your product team will be able to sort your posts by potential "Opportunity" revenue. This is a great way to see which ideas could have a big impact on securing new revenue for your team:

You're also able to dig into individual posts in Canny and see linked Deals under the Opportunites section. From a post in Canny, click to see your Deals list. 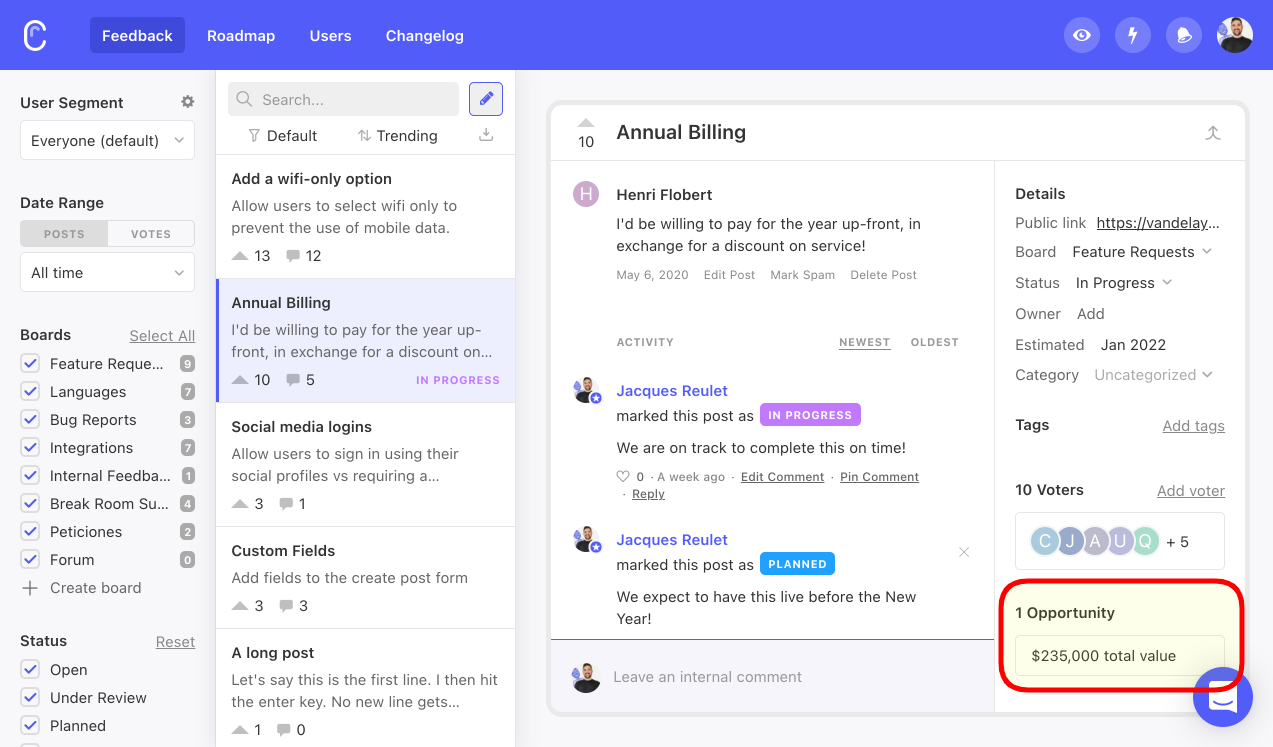 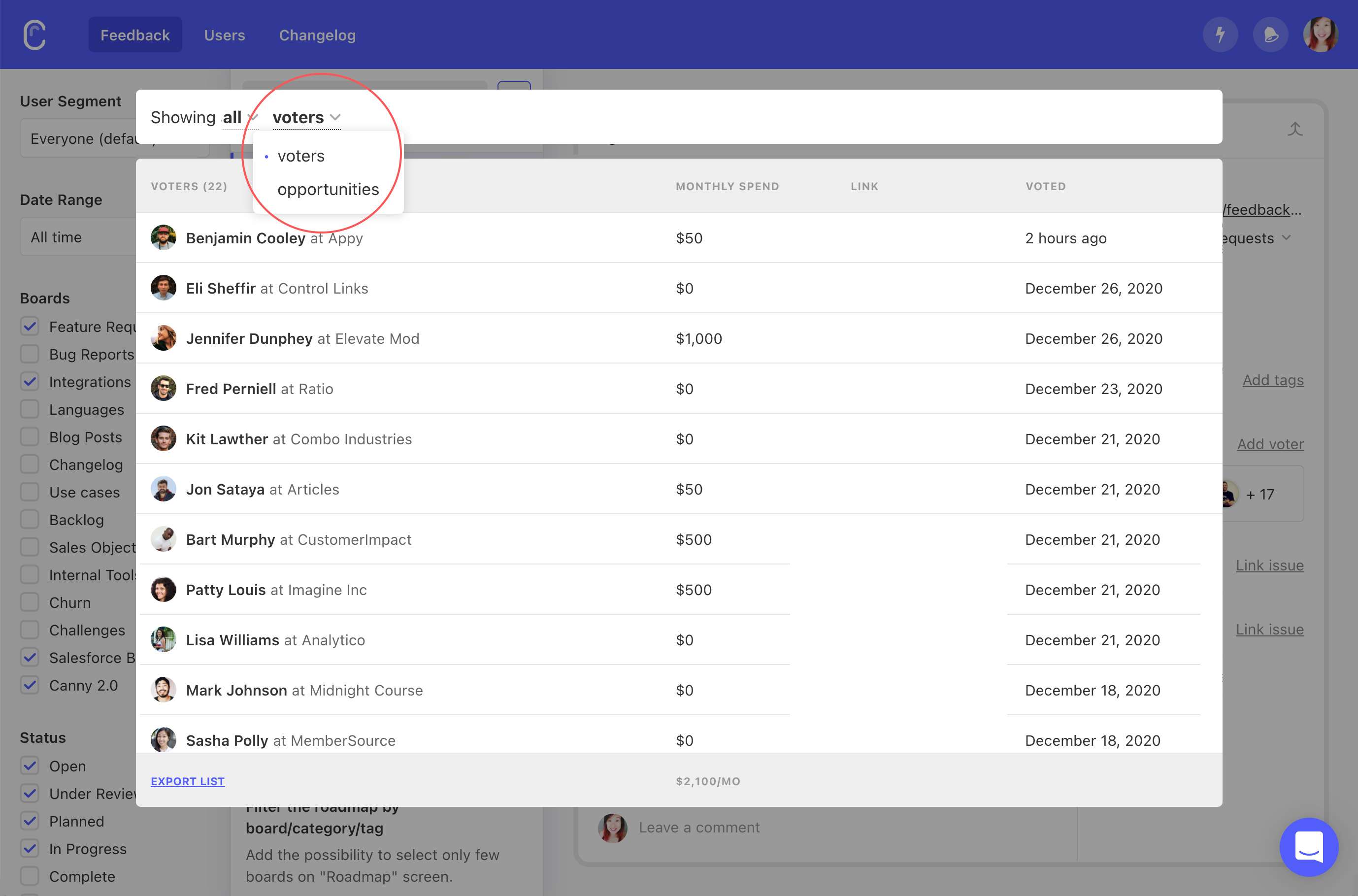 Canny will show the deal amount and status to see which opportunities your team can win, as well as which deals were lost and won. Deals are synced daily using HubSpot data. 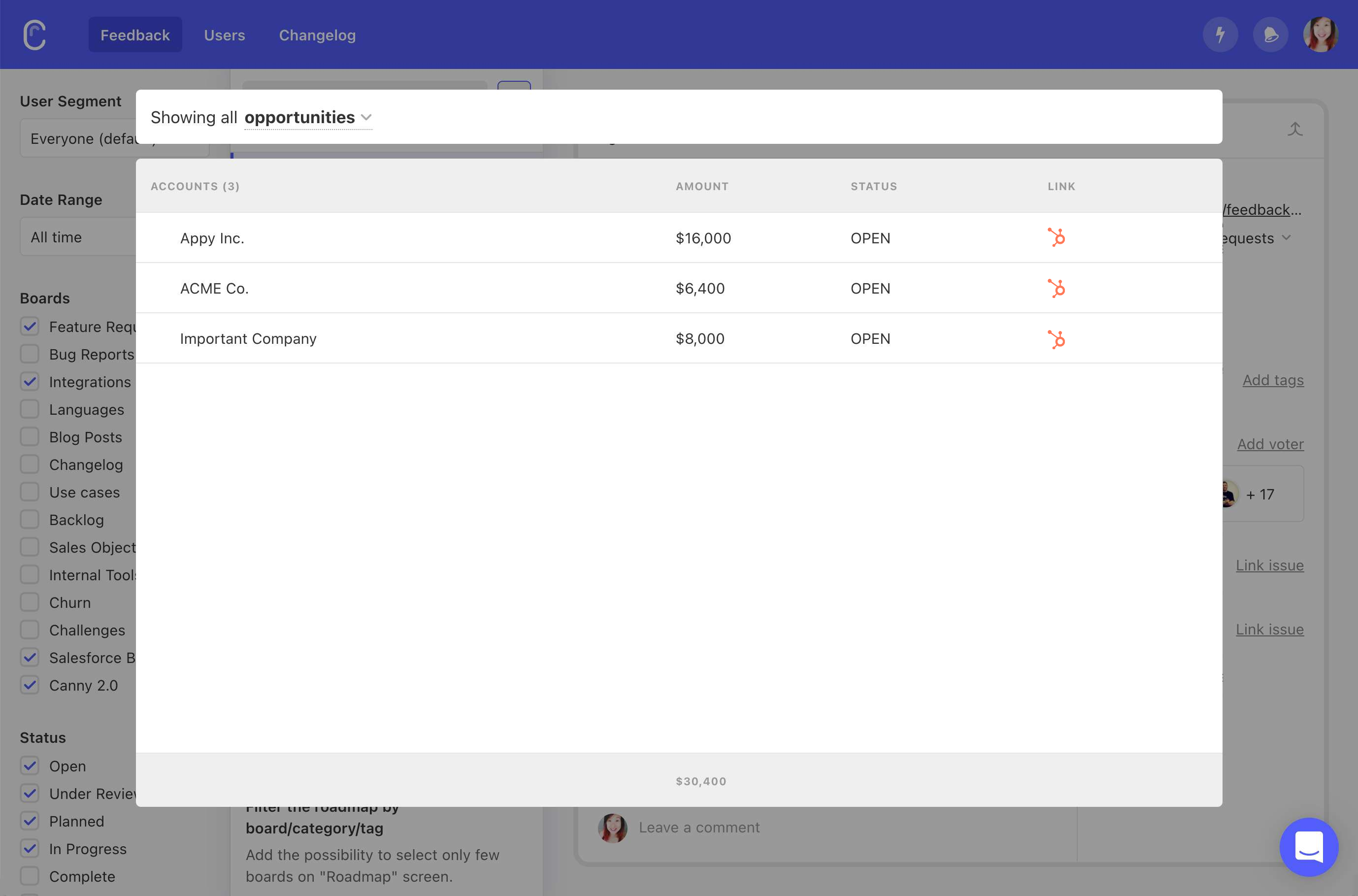 This is how Canny can help your team prioritize high-value features!

Note: The HubSpot integration is only available on the Business plan.
Contact us to get a quote!

Did this answer your question?